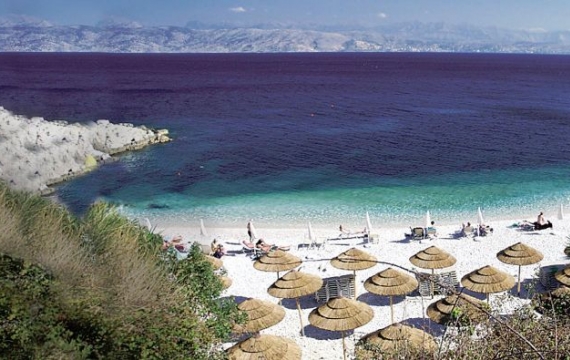 Is Albania the last hidden gem of Europe?

With over 300 days of sun,400km of azure coastline, and beach homes from £32k, this tiny nation has much to recommend it

Space might be the final frontier but for those intrepid property investors who are prepared to boldly go where few have gone before, Albania may present an interesting opportunity. Lying down the southern coast from Montenegro and bordered by Greece, Albania is just 72kms across from the heel of Italy.

But for such a well located country, which enjoys over 402kms of unspoilt coastline along the Ionian and Adriatic seas, Albania has been virtually untouched by the property boom which swept Europe in the last decade. Ironically, however, just as the rest of Europe is beginning to put the brakes on property, Albania wants to make its presence felt.

‘Albania is the last European market to be discovered,’ says Ismet Terziu, a native Albanian based in London with agents Albania Properties. ‘While other countries may have been oversubscribed in recent years, nobody could level that accusation at Albania.’ That might well be the case but few will deny that this is a risky, emerging market.

Property as investment is still in its infancy, with clean title and valid planning permission chief concerns among overseas buyers. Efforts are being made to minimise corruption, while the Albanian government is intent on increasing transparency in business and banking, which, it hopes, will encourage more foreign investment. Investors are primarily focusing on the capital, Tirana and the coastal cities of Durrës and Vlora.

There is also interest and development in the southern city of Sarandë, close to the Greek border. To encourage the development of tourism, gated resorts are under construction, but there is a lack of facilities. Mr Terziu points out that there are no golf courses – despite 300 days of sunshine per year. But there is no shortage of land. With a population of 3.6 million in a country roughly the same size as Belgium. Albania has beach-front and city sites available.

‘If you buy now and expect to sell in two years’ time and make massive capital appreciation, you might have a few difficulties,’ says Janet McEwan of The Right Move Abroad, an Irish-based overseas property investment company. ‘But if you purchase with a five to ten-year plan, the infrastructure will have caught up and there is good opportunity for capital gains.’

Cork man Noel O’Herlihy certainly believes that this could be the case. Intrigued by the prospect of property investment in Albania, he first travelled out to the country last September to see what was on offer. Pleasantly surprised, he’s been back twice since and recently bought a two-bedroom apartment in Tirana. ‘I wasn’t sure what to expect but Tirana is certainly improving as a city,’ he says.

‘There’s plenty of building work going on and the infrastructure of the city is getting better.’ Estimating that his property could make around €2,500 rent a year, Mr O’Herlihy says he’s likely to hang on to the unit for around five years, hoping that capital appreciation will rise by around 20 to 30pc in that time. ‘The apartment was around €42,000 and the city is attracting investment.

There’s a lot of work to be done but in a few years it will be unrecognisable.’ So what’s available? Fresku residence is a new development of one, two and three-bedroom apartments and penthouses in the Fresku-Linza district, which is in the north-west of Tirana. Prices start at €30,000 and sales are through Albania Properties. Located about 25kms from the capital, Durrës is the biggest city on the Adriatic coast.

Here, Albania Properties is marketing the Durrës Beach Complex, a development which they say has guaranteed sea views.One and twobedroom apartments are available. Prices start from €32,000.

There are no restrictions on foreign buyers in Albania but independent advice to ensure clean title is advised.