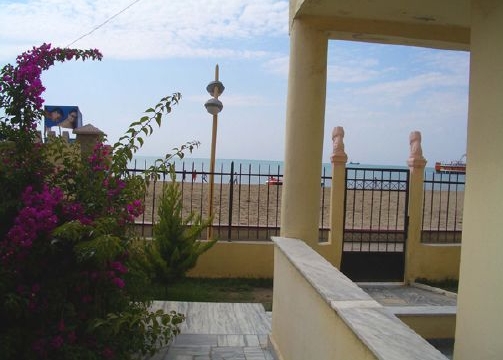 This modern, two storey house is divided into two private, spacious apartments with sweeping views of the Adriatic Sea.The villa is situated on the Iliria beach, on the Durres beach frontline between the Iliria and Vefa piers.

This modern, two storey house is divided into two private, spacious apartments with sweeping views of the Adriatic Sea.

The property is surrounded by 100sqm of garden, with direct access to the beach and parking at the rear for two cars. The building has existing electricity, telephone and water connections.

The architecture allows both units to function as one large property or be used as two individual flats with separate and private entrances. This is a unique investment opportunity since the municipality of Durres has already given planning permission for two additional stories to be built.

Given this, the four apartments could be sold as four individual units with private entrances. The land was inherited and the property (two existing floors) were completed in 2008.

The owners are looking to sell the existing apartments individually, or the entire property complete with the rights for further building.

The rental rates during the summer season have been stable for the last five years on average 30 Euros for a room per night and above 60-Euros for an apartment per night. The Iliria beach has been a favorite amongst the locals and the capital Tirana holiday makers in the last 40 years.

Recently, Kosovars seeking a beach holiday on the sandy Adriatic shores have been the most popular tourists, and with opening of the Pristina-Durres highway anticipated in June (the first highway connecting the two countries), the numbers are predicted to rise considerably.

The owners are looking to sell the existing apartments individually, or the entire property complete with the rights to build further two floors above the existing ones as per planning permissions.

Property is with full inherited land titles and building planning permissions and titles.

Asking price for the entire property including the right for further development of two more floors including the garden and 2 parking lots costs 400,000 Euros. Or if you are interested for one floor only (without parking), the asking price per floors is at 150,000 Euros each. Prices are negotiable. 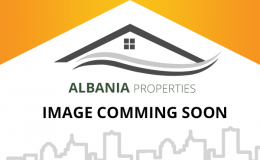 Villa located next to the Institute of Fiziks in the fresku-Dajti region.